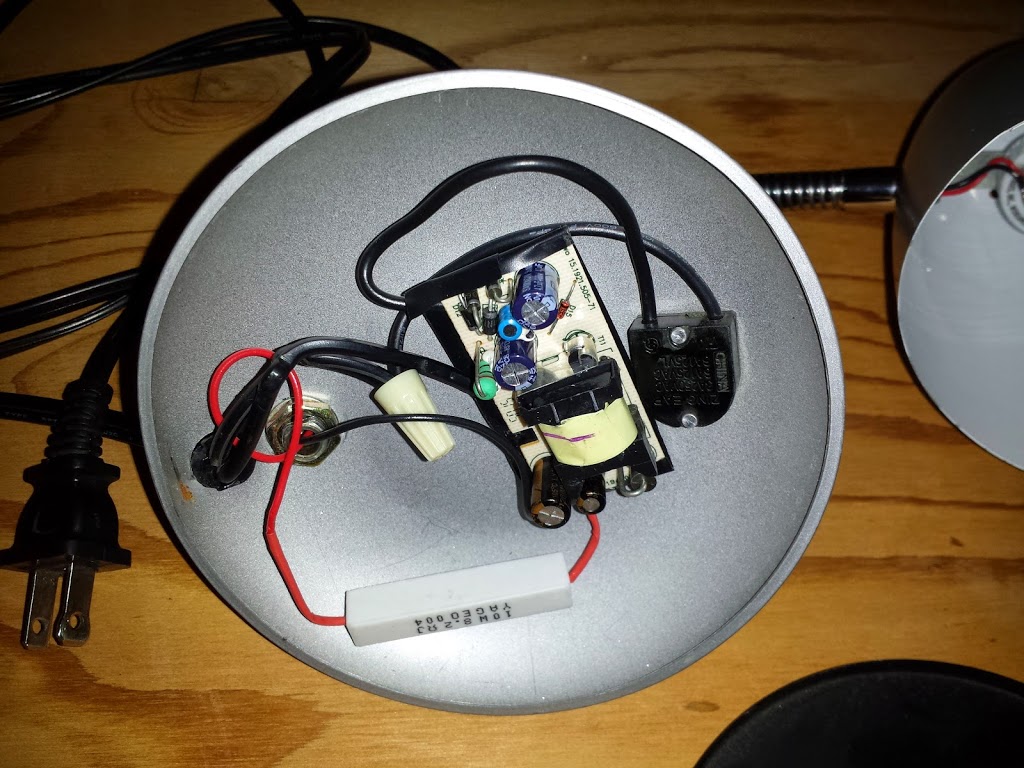 Here you can see all the components used in the lamp. It originally used E14 small screw 40w incandescent bulb. And has been modified to use 8 bright white LEDs. The circuit is pretty simple. I’m using the innards of a 120V AC to 6V DC transformer in series with an 8.2 ohm resistor to power the LEDs. The original 120V AC power cord and switch is soldered onto the 120 V input of the transformer. Then I made my own LED grid using 4 white LED pairs in parallel. Then soldered some long wires to feed down through the tube to the transformer. And finally, soldering the LEDs and the 8.2 ohm resistor to the 6V DC output on the transformer.
I used a water bottle lid to separate the LED grid from the metal arm that used to hold the old bulb. This is to ensure nothing would short out.
The final result is a nice warm white light that is just right for illuminating my desk.
NOTE: I had all of this stuff laying around I thought I’d put them to good use. It really isn’t necessary to use a 10W 8.2 ohm resistor.
UPDATE: I’ve since replaced the internal electronics with just a 5V 400ma 120VAC tranformer with no resistor. While it worked before, It was a little too dim for use at my workbench.